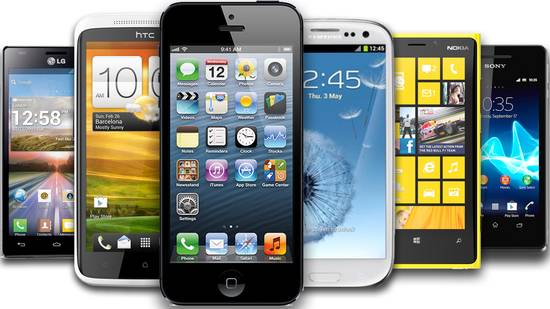 Why Your Smartphone Seems to Slow Down as it Ages

Most of us slow down as we age. We’re similar to conventional machines, like old cars or hairdryers that run less efficiently as they get on in years.

But digital gadgets, particularly smartphones? We expect them to operate quickly. Forever!

In reality, smartphone performance eventually diminishes. Take my daughter’s experience with each of the iPhones she’s owned over the past several years. Once each was more than a couple of years old, they showed the telltale signs of age, including frozen screens, apps that would load slowly or not at all, and text messages that would not get delivered.

There are several reasons smartphones get sluggish. According to Mike Gikas, who has covered and tested smartphones for more than a dozen years, “The main reason why phones slow down over time is that operating-system updates often leave older hardware behind. Companies also update apps to take advantage of faster processing speeds and more efficient architectures.”

And for owners of older models of smartphone, says Gikas, “It often means that the new version of the app they loved will run slightly slower than the older version of the same app. What’s more, features they love may no longer be supported.”

In most cases, this process is gradual, yet continual. Gikas notes how hardware on older smartphones will lose capabilities, little by little, after updates of operating systems and apps. It might start with losing one feature on an app. Then, the entire app itself won’t run. Eventually, he notes, the phone itself will lose the ability to use the app store. At that point, you’ll be unable to load or update any apps.

Here are the most common ways smartphones slow down as they age:

Older phones have lots of apps, which slow performance:

Most new phones ship with just a few apps. But once you get your new phone, who doesn’t want to load every cool new app you see? According to Android Central, it’s best to remove the ones you’re not using to avoid having them use up precious processing resources on your phone’s CPU, whether it’s an Android phone or iPhone.

Too many apps are running in the background:

Another common culprit that slows older phones is having lots of apps running in the background. It’s a surefire way to quickly drain your phone’s battery. Techtimes.com suggests exploring the settings on an Android phone to find out which apps take the biggest toll on battery life. Double tapping the home button on an iPhone allows you to see which apps are currently running, and swipe up to close them out, though this process can be counterproductive as a means of saving your dying battery, as we’ve written previously.

As your phone ages, you inevitably eat up most, if not all of the available storage, unless you’re obsessive about checking how much space you have left on your phone and clearing things out accordingly. But 9to5mac.com says operating a phone with little or no available storage will result in a sluggish phone—something that’s true of computers as well. Here’s a tip: Be aware of how many photos and videos you’re shooting, since they eat up space quickly. If you have too many, offload them to your computer’s hard drive or to cloud storage to free up space.

You’ll often see commercials for networks with faster speeds. But they generally won’t affect your old phone. “Cell carriers continually tweak their networks to make them faster,” says Gikas, “And there are faster WiFi standards.” But Gikas says only new phones will experience the bump in speed, perhaps making your older model seem slow by comparison.

Smartphone experts point to an additional reason we think our old phones run slowly. Many suggest that consumers’ expectations of new, more powerful phones actually influence their perceptions of their existing phones. “It’s psychological,” says Gikas. “The newer phones are, indeed, faster, even though it’s only by fractions of a second. But that’s enough for some people to notice that the phone in their hand seems slower than their friend’s cool new phone.”