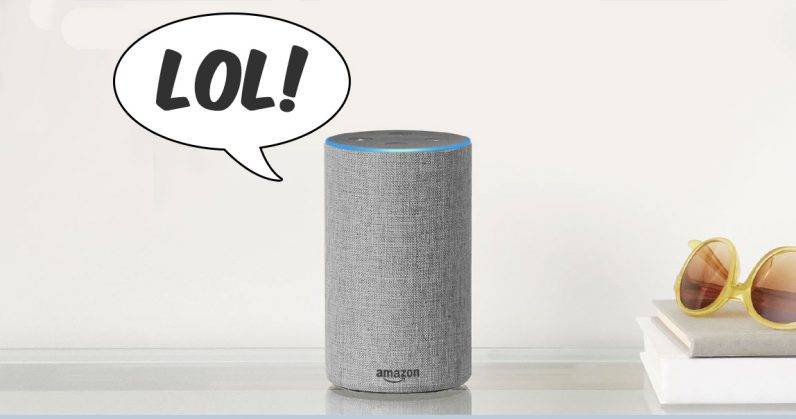 Amazon is fixing a bug that causes Alexa LOL

As if it isn’t creepy enough to have an internet-connected microphone listening in on everything that goes on in your living room, Amazon’s Alexa assistant has been randomly bursting into laughter, according to some owners of Echo speakers and other Alexa-equipped gadgets.

Thankfully, Amazon believes it’s figured out the problem. Basically, Alexa is being triggered by commands that it hears as, “Alexa, laugh,” at which point it chortles. The company said in a statement that it’s now altering that trigger so as to prevent future LOLs:

The update can’t come soon enough. It’s likely to be a server-side fix, so hopefully you won’t have to do anything to keep your Alexa-powered device from scaring the bejeezus out of you.